With a diverse professional background, our Board of Trustees sets the vision that guides Crombie as we build and develop our portfolio of properties across Canada. 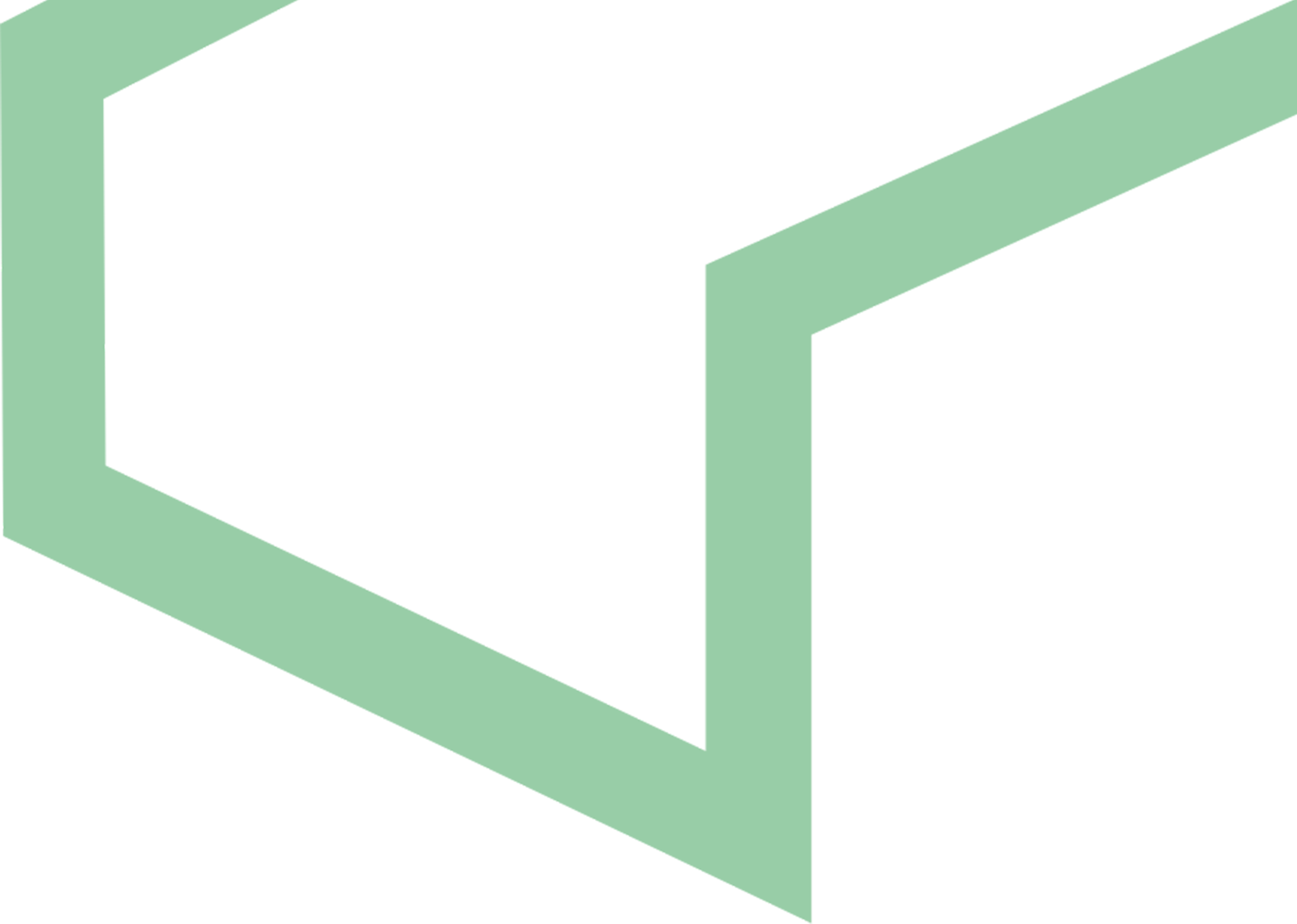 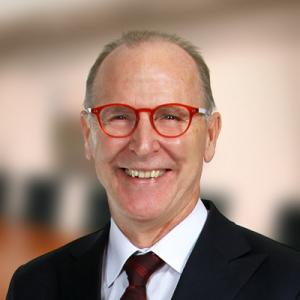 Chair
Michael Knowlton retired from Dundee Realty Corporation as President of Dundee REIT in May 2011 after 13 years of service. From December 1998 until May 2011 he held increasingly senior executive positions culminating in becoming President of Dundee REIT. Michael is a director of Tricon Capital Group Inc. and a trustee of Dream Industrial REIT and Dream Global REIT. Michael received his B.Sc. (Engineering) and MBA from Queen’s University, earned his CA designation in 1977 and his ICD.D designation in 2011. 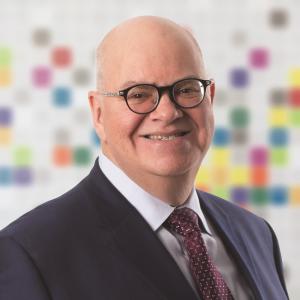 Paul Beesley served as a corporate director since 2018. He was Chief Financial Officer of Hudson's Bay Company from 2014 until his retirement in 2017. Prior to joining HBC, he held the position of Executive Vice President and Chief Financial Officer at Empire Company Limited from 2000 until 2014. Paul sits on the Board of Orlando Corporation and holds various designations including ICD.D, CPA, MBA from Saint Mary’s University and a B.Sc. from Dalhousie University in addition to having completed the Advanced Management Program at Harvard Business School. 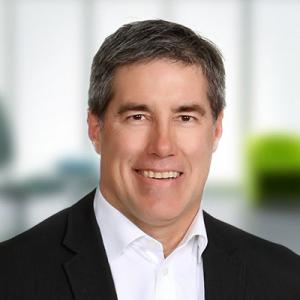 President and Chief Executive Officer since 2009, Donald E. Clow, FCA, has guided and shaped Crombie REIT into the company that it is today. Prior to joining Crombie, Donald held the position of President, ECL Developments Limited, the real estate development subsidiary of Empire Company Limited for two years. Previous to Empire, he was President of Southwest Properties Ltd., a residential and commercial real estate development company in Halifax. Donald is a member of the Board of Governors of Acadia University and is on the Board of Directors of the QEII Foundation. Mr. Clow graduated from Acadia University with a BBA, earned his CA designation with KPMG and was designated a Fellow Chartered Accountant in 2002. In addition to leadership programs at the Harvard Business School and the Ivey School of Business, he is a graduate of the DEP at the Rotman School of Business and a member of WPO, CEO and the Business Council of Canada. Donald has been inducted into Atlantic Canada’s Top 50 CEO Hall of Fame. 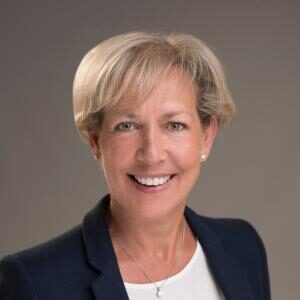 Jane Craighead has over twenty years of international experience with public company Boards of Directors, a strong understanding of corporate governance and board effectiveness, and a deep expertise in executive compensation. Jane is a board member of Jarislowsky Fraser Limited, and Intertape Polymer Group. Her prior roles include Senior Vice President Global Human Resources at Scotiabank, Global Practice Leader Rewards at Rio Tinto PLC, and Eastern Canada Business Leader for Human Capital Advisory Services at Mercer Human Resource Consulting. Previously, Jane held full-time faculty appointments at Queen’s University, Concordia University, and McGill University. Jane began her career with Ernst & Young and was a manager in audit before pursuing an academic career. Jane holds a PhD in Management from McGill University, a Bachelor of Commerce from Mount Allison University, and is a Canadian Chartered Professional Accountant (CPA) and Chartered Accountant (CA). 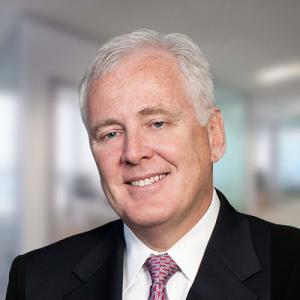 James M. Dickson is the Chair of Empire Company Limited. He is counsel to the law firm of Stewart McKelvey, with over 30 years of experience practicing primarily in the areas of mergers and acquisitions, corporate finance and securities prior to his retirement from the partnership in 2016. Jim serves as a director of Clearwater Seafoods Incorporated, Empire Company Limited and Sobeys Inc. He is the past Chair of the Board of Regents of Mount Allison University and past Chair of the IWK Health Centre Foundation. Jim holds a Certificate in Engineering from Mount Allison University, a Bachelor of Civil Engineering from the Technical University of Nova Scotia and a Bachelor of Laws from the University of Calgary. He is a professional engineer and was appointed Queen’s Counsel in 2010.

Heidi Jamieson-Mills, CPA, CA, is the Senior Vice President Finance, Reporting and Treasury for Sobeys Inc, based in Stellarton, Nova Scotia. Heidi leads a team of finance professionals at Sobeys from coast to coast who deliver high-quality financial analysis and reporting. In addition, she has oversight for the organization’s treasury, and taxation functions. Enterprise data governance and data strategy round out Heidi’s accountabilities. Heidi is an active leader in supporting Empire and Sobeys’ strategic business planning and initiatives and is a strong advocate in advancing diversity, equity, and inclusion within the organization.

After graduating from Dalhousie University’s Commerce Program, Heidi completed her Chartered Accountants professional designation in 2001, having received the Harry G. Holden Memorial Award for placing first in her class across Atlantic Canada. Heidi began her professional career with Grant Thornton LLP as an Audit Senior and Taxation Manager and completed the Canadian Institute of Chartered Accountants’ In-depth Taxation Program. Heidi has been with Sobeys for over 15 years in several locations across Canada and has advanced in progressively senior roles holding various positions.

In 2010, Heidi’s career accomplishments led to her being named one of Atlantic Canada’s Top 50 leaders under 35. In 2020, Heidi was honoured to be named one of the Top 100 Most Powerful Women in Canada by the Women’s Executive Network.

Heidi is a committed community leader and has been actively involved with various organizations that enhance healthcare and health outcomes, and support victims of domestic abuse. Heidi was appointed to the Independent Advisory Board for Senate Appointments representing Nova Scotia. She is currently the Treasurer for the Aberdeen Health Foundation Society, which is dedicated to enhancing the delivery of healthcare in Pictou County. In past years, she has served as a board member with the Tearmann Society for Abused Women, Highland Community Residential Society Foundation, and the Race on the River Dragonboat Society in Pictou County, Nova Scotia. 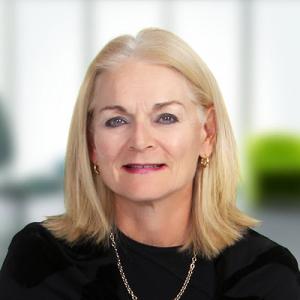 Barbara Palk retired as President of TD Asset Management Inc. in 2010, following a 30-year career in institutional and investment management. She currently serves on the Boards of TD Asset Management USA Funds Inc., Ontario Teachers’ Pension Plan, and First National Financial Corporation. Barbara is a member of the Institute of Corporate Directors, a Fellow of the Canadian Securities Institute and is a CFA® charterholder. Barbara also holds a Bachelor of Arts (Honours, Economics) degree from Queen’s University and has received the ICD.D designation. 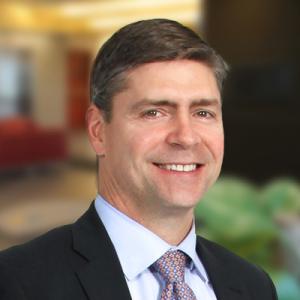 Jason P. Shannon has been working with Shannex Incorporated since 1999. In 2001, he was appointed Chief Operating Officer and took over development and operating responsibilities for the organization. In 2006, he was appointed President and COO of Shannex which today serves over 4,000 seniors. Prior to joining Shannex, he practiced law with Stewart McKelvey. Jason also serves currently as a director of the Loran Scholars Foundation and is chair of their Investment Committee. He is a past director of Health Association of Nova Scotia, Chair of the Nova Scotia Continuing Care Council, Atlantic Institute of Market Studies and the Atlantic Institute of Aging. Jason holds both a Bachelor of Commerce and a Bachelor of Laws from Dalhousie. 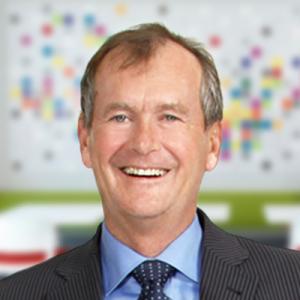 Paul D. Sobey retired as President and Chief Executive Officer of Empire Company Limited in 2013 after 32 years with the company. He received his Bachelor of Commerce from Dalhousie University, attended Harvard University Business School, Advanced Management Program and is a Chartered Accountant. Paul became a Fellow Chartered Accountant of Nova Scotia in 2006. In addition to sitting on Crombie's board as an independent trustee, Paul sits on the boards of Empire Company Limited and Sobeys Inc. Paul previously served as the Audit Committee Chair and a member of the board of directors for the Bank of Nova Scotia. Paul is Chancellor of Saint Mary’s University in Halifax, Nova Scotia. 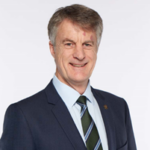 Michael Vels is the Chief Development Officer of Empire Limited and Sobeys Inc., where he is responsible for leading Empire's real estate, technology, strategic sourcing, enterprise project management and mergers, and acquisitions activities. Michael was previously Chief Financial Officer of Empire from 2017-2021. Prior to Sobeys, Michael was Chief Financial Officer of Hydro One, where he led that organization's Initial Public Offering in 2015. From 2004-2014, Michael served as Chief Financial Officer for Maple Leaf Foods, leading the company's finance, mergers and acquisitions, information technology and communications functions. In 2014, he was named Chief Transition Officer, leading the restructuring of senior management and back-office functions. Michael serves as Treasurer of Canada's National Ballet School. He was educated and earned his Chartered Accountant designation in South Africa and prior to joining Maple Leaf Foods, worked in public accounting and mergers and acquisitions in South Africa and the United Kingdom. He has also earned his ICD.D designation. 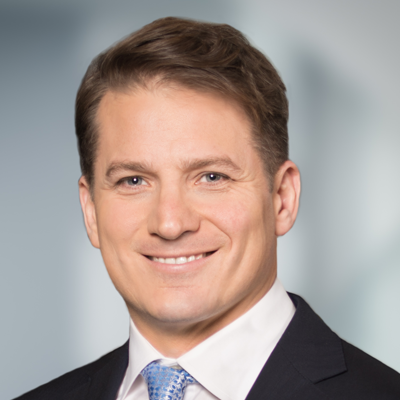 Michael Waters has been working with Minto Apartment REIT (“Minto”) since 2007. In 2013, he was appointed President and Chief Executive Officer.). Michael has over 25 years’ experience in real estate finance, investment and development, and financial advisory services. Prior to joining Minto, he served in a variety of roles at Intrawest Corporation, a large resort developer and operator with a presence across North America. Earlier in his career, Michael worked at PricewaterhouseCoopers LLP and KPMG LLP. Michael completed his Bachelor of Commerce degree at the University of British Columbia and has an MBA from the Wharton School of the University of Pennsylvania. He was elected a Fellow of the Chartered Professional Accountants of British Columbia (FCPA, FCA) and is a CFA® charter holder. 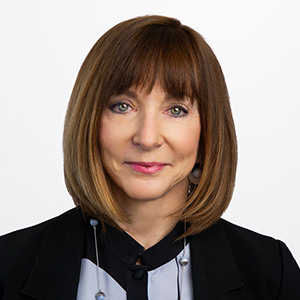 Karen has over 20 years of experience in real estate, public financial accounting, reporting and corporate operations. Currently President and CEO of MCAN Mortgage Company, Karen was the Executive Vice President and Chief Financial Officer of publicly listed corporations DH Corporation (2014-2017) and First Capital Realty Inc. (2004-2014). She held previous positions as Senior Vice President and CFO at Brookfield Properties Corporation, Canadian Operations and Gentra Inc. Karen is currently a Trustee of Northwest Healthcare Properties REIT, where she also serves as an audit committee member, and a member of the Board of Directors for MCAP Commercial LP. She holds a BBA from Old Dominion University and an ICD.D designation from the Institute of Corporate Directors and is a licensed, retired, public accountant (CPA) from Washington State, USA. Karen holds a NACD CERT in Cybersecurity Oversight.

Build your Career with Crombie

We're not your typical REIT, and have career opportunities as diverse as our portfolio.
Learn More